- It is exciting to see all the AI innovation going on in Norway, and that there is a strong desire to protect privacy, says Kari Laumann. She is the project manager for the Data Protection Authority's recent offer, a regulatory sandbox for responsible artificial intelligence. 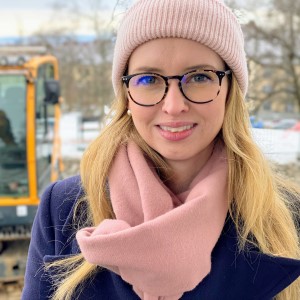 She is both surprised and happy about the great interest in participating. When the application deadline for the first round in the sandbox expired, Laumann and her team had received 25 applications. Among the applicants are large public organizations, such as Norwegian Labour and Welfare Administration, the Western Norway Regional Health Authority and UiT The Arctic University of Norway, to small start ups.

From finance to food tech

- We see a large diversity among the applicants, and it is a good starting point for a versatile sandbox. We have both small start-ups and large public players. Also thematically, there is a range from finance and insurance to health, education, betting and even FoodTech, states a satisfied Laumann.

Read more about the regulatory sandbox

Some of the applicants submitted several applications, so that the total number of applications is 25.

Ready to play in the gray zone

The Data Protection Authority's application committee and an external reference group will now have the job of picking out 3-4 projects that will be included in the sandbox's first round, starting in March. In the sandbox, the participants will play and learn together with the Norwegian Data Protection Authority with the aim of addressing legal gray areas with practical examples of how privacy can be integrated into AI projects. And, in line with the Government's National strategy for AI, with the aim of accelerating the innovation of responsible artificial intelligence in Norway.