In the state budget for 2023 the DPA's regulatory sandbox, which for two years has been financed as a temporary project, is suggested to become a  permanent part of the DPA. We've therefore opened our mailbox for applications from those wishing to participate in the fourth round of the sandbox. 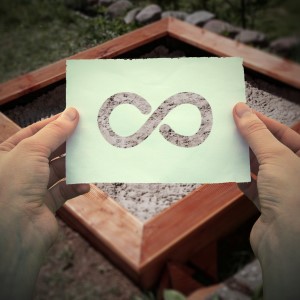 - There is jubilation in the sandbox and the entire DPA, and we celebrate it by planning a fourth round of sandbox projects, says the director of the Data Protection Authority, Line Coll.

In the National Strategy for Artificial Intelligence (2020), a regulatory sandbox added to the Norwegian Data Protection Authority was one of the concrete measures to kick-start Norwegian innovation in this field. When applications were opened for the first time later in the same year, the sandbox was a test project with promises of funding over two years. The two years were about to run out now, and in the NDPA there was a certain tension about the sandbox's future.

If the state budget is approved by the parliament in December without changes affecting the sandbox, the way is clear for a fourth round of applications for the sandbox. The application deadline will then be 1 February 2023, with the ambition that new projects will start up during the spring.

Read how you can apply to participate in the sandbox.

The population must have confidence in digital solutions in order for them to be willing to use the solutions. Good privacy is central to this trust. The government will make the regulatory sandbox for privacy and artificial intelligence permanent from 2023. The sandbox is a measure to stimulate the development of privacy-friendly and fair technical solutions, and both the public and private sectors can receive guidance in the work to safeguard privacy in new and innovative solutions.

Sandbox with space for more

At the same time that the Government wants to make the sandbox a permanent part of the line in the DPA, plans are also being made to expand the sandbox to accommodate a little more than just those who work with artificial intelligence. It will still be a measure aimed at new technology, but now with the broader definition of "privacy-friendly innovation and digitalisation".

Help many by helping one

The very basic idea of ​​the regulatory sandbox is to provide exploratory, dialogue-based guidance to selected projects in exchange for full openness about the assessments that are made. In this way, the sandbox builds up a base of practical examples in a field where both the technology and the law are complicated and relatively new. 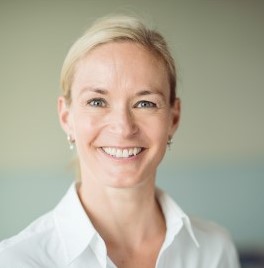 At New Year, sandbox projects number eight, nine and ten will be completed. With that, the sandbox moves into a new phase in the mission.

- The timing is good for making the sandbox permanent. The first phase was to build a base of practical examples. We will of course continue to build on that. But now that the sandbox is passing its tenth project, there will be an increased focus on getting the knowledge we have accumulated out to businesses and developers who need help, says Coll.

The methodology used in the sandbox project is also in line with how the Norwegian DPA wishes to work in the future - with dialogue-based guidance and increased contact with the organizations in the private and public sectors.

- We are looking forward to using the methodology and dialogue-based guidance in other areas within our area of ​​responsibility as well, says Coll.

Space will now be cleared in the sandbox for a couple of new projects, in parallel with the focus being directed towards sharing knowledge and experience from the completed sandbox projects, and not least conveying practical examples and advice that can be used by many.

- We really hope it will be noticeable to those concerned, says Coll.